My bike has had a fair bit of work done recently.

The bottom bracket replacement was easier than I expected. Removing the cranks, and the bottom bracket with the aid of a hammer, a good clean and liberal use of anti seize grease saw that go in with little issue.

Front wheel bearings where just as easy. Problem was, I don’t own a bearing press. So after driving out the old bearings, the new bearings where placed into the recess, old bearing on top, and gentle taps with the hammer to seat it correctly.

Then the back bearings in both the freehub and wheels needed doing. In order for that I had to borrow a bearing press from my mechanic.

Yesterday, I planned a ride out to Pateley Bridge, but never actually made it that far. I got out to Menwith Hill Road, and at the end, saw the traffic racing past on High Moor, and chickened out. That traffic was moving way to fast for my liking. Going back the way I had come, however, was a lot of fun. 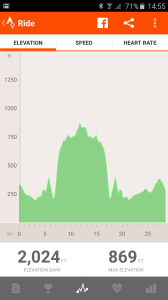 Some 15% inclines that I had to climb, where hellish fun on the way back, but my god they where hell on the way out. Church Hill, I am not embarrassed to say, I walked most of it. But I do have a heavy cold as well, so that has not helped 🙂

I recently switched to a pair of 23mm tyres, whereas I was running 25mm. The difference was quite noticeable to start with. I felt like there was more rolling resistance. However, I believe the Felt Z85 was actually designed with 23mm in mind, as the 25mm it comes with do not give you a massive amount of clearance on the wheel gap. So I have got rid of that annoying scraping when crud gets gathered in the wheel space. Which is nice.