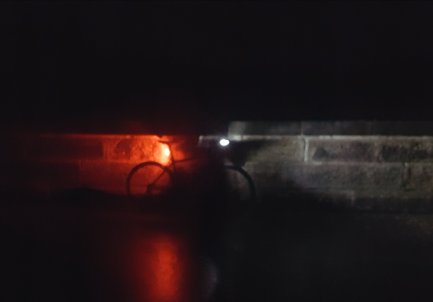 Night rides give a whole new lease to the normal routes. Familiar roads and lanes have different and often creepy appearance.

But lightened by my trusty Volt 800, the roads lit up, the noises of various animals scurrying around the path edges the only sound.

Busting the light upto 800, more than enough of the path was illuminated for me to feel comfortable riding at 20mph, at least until I came across a deer, which was as surprised to see me as I was it. For a couple of seconds, it just looked at me, not quite sure what todo, before exploding over the fence into the night.

My See.Sense rear icon+ Light however died. Plugged it in to charge, and the charge light came on as normal. When I went back sometime later, the charge light was off, signalling the end of the charge cycle. However, the light would not turn on. Neither could I get it to connect to the companion app on my phone. Eventually the low battery light flashed and it connected to the app, which report zero battery. Plugged it back in, nothing. No charge light, no charge going in. Its dead jim. Contacted see.sense, who have asked for the light back to see what’s happened, so hopefully the reportedly excellent customer service see.sense are known for will sort it out.

Enjoy a good night ride, it certainly can bring back old routes to life.