So, I’ve had a little upgrade from my Shimano R550 pedals, I’ve gone and installed a pair of Look Blades.

So, initial thoughts on them, is that they are easier to engage into than the Shimano, and oddly more comfortable. But unclipping is another matter. It’s not difficult to unclip, it’s just the range of motion is greater to actually unclip and it seems to throw the foot off, almost in disgust that your unclipping. Any hesitation, or having the cleat near seems to suck the cleat back into the mechanism.

With the Shimano, a kick to the side, and your foot was just on the pedal, ready to put down, but still be able drive forward if needed. Handy for those traffic slow down moments. The blades, a throw from the ankle sees your foot thrown, a more gentle twist, unclip then reclips the cleat.

But in truth, they are a great pedal, and it’ll be time before I’m used to their quirks, but they are on my bike to stay. I might however, fit the tighter blade, as the 12Nm that comes fitted as standard just doesn’t feel tight enough.

I’ve now been riding them for a few months, and occasionally get more clip in fails than I did with the shimano pedals. Wether this is down to lack of skill on my part or the pedal is however up for debate.

After a few rides, especially after a series of wet rides, your wheel brake surface will be covered in a black gunge, it’s a good idea to do some maintenance on them after.

In order to keep your rims working well, and wear down, clean off the surface of the brake track with hot soapy water. Then, get a cloth and some isopropyl alcohol, and wipe them down. You’ll be amazed at how much more gunk comes off.

Now, with the wheels off the bike, give the brake pads a look. Look for any embedded metal fragments, and pick them out with a sharp pick. Wipe them down with the alcohol, and if they look glazed, or smooth just take a file or sandpaper and rub them down. Also, while your here it’s a good chance to check just how worn they are.

Unfortunately, I have had a string of issues with the bike, which means its off road until parts arrive.

Recently, I replaced the chain and cassette, but on subsequent rides, the noise from the chainrings was a steady grind and occasional clank as the chain struggled to mount the teeth. It appears the inner chain ring is worn off the old chain. Strangly, its almost two years to the day I last replaced it. Now, removing the chainbolts, two sheared off when placing back into the crank. So not only have I to replace the worn chainring, I now have to source 4 crank bolts. Ah well.

I had been looking at getting Absolute Black chain rings, but money is very tight at the moment, so I’ll stick with the standard Shimano internal ring. ChainReaction where wanting about £20 for a ring, but as I was looking round, bike-discount.de was offering them at about €8. So that was a no brainer. The crank bolts however, are stupid expensive. EBay was the cheapest I could find, at about £25 for the 4.

As the Ultegra crankset is no longer produced, and I have no desire to install the new 8000 series, and its dérailleur, I might just go with the Absolute Black once the outer chainring wear becomes an issue.

For a long time I’ve been an avid speed play user,but my love affair with then has slowly wained. There are a few reasons for this. 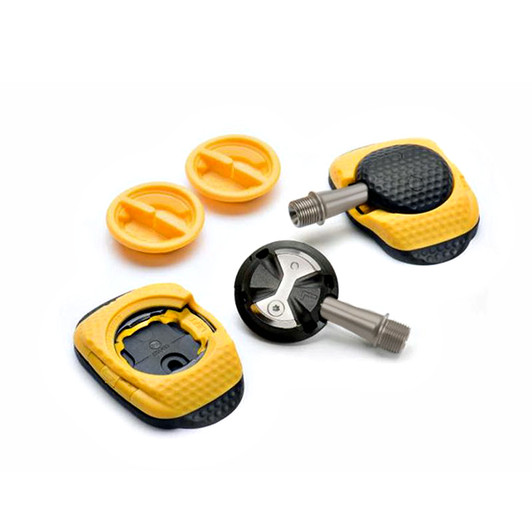 I also found myself having to constantly clean out the cleats, as they would very easily clog up.

Now we move on to one of the biggest issues, cost. A pair of speed play cleats is just shy of £50, for the walk able cleats. That’s a lot of cash. While the cleats do last a long time, it’s still a outlay I have to cut back on. With the Yellow Shimano cleats costing around £12, less if you shop about its a cost winner. 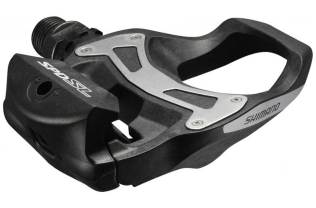 So, out came the pedal wrench, and off come the speed plays. I had a pair of unused R550’s kicking around in the parts bin so put them on. I had previously tried a pair of look keo’s and absolutely hated them, they where, in part, my reason to move into speedplay so my thoughts on going back to SL pedals where grim.

However, the first ride with the R550’s where an absolute revelation. They where comfortable, I was clipping in reasonably easily. In fact, I’d say I was finding them more comfortable than the speedplay. Maybe due to the wider platform, which to me was immediately noticeable. I’d used an older pair of shoes with out any inserts or special foot-beds, and I’d not thought about my feet for a short 10 mile ride. Clipping in was easier, maybe as I had got used to the action of finding the pedal on the opposite down stroke, or the fact the pedal is larger than the Look Keo. Unclipping took more force than the speedplay, possibly due to newer mechanisms. I had put on the cleats, on a reasonably neutral position, and it was comfortable without any tweaks, I felt like I wanted to slightly rotate the cleat, but the position was fine as was. This was in stark contrast to the Look Keo cleats, which made my knees ache. Perhaps it was due to having more knowledge of cleat position than when I had the Keos, but that has always stuck in my mind and has forever ruled out the Keos again.

So, apart from hill starts which I still find quite difficult, I actually enjoyed using the new pedals, and in all honesty will strongly consider them to replace the speedplay.