It’s been awhile since I had the old boy out the garage for a ride.

But today was the day for it. I got changed, checked all the batteries, and set off. Just a short run out to Ripley. My backside was aching quite quickly. Guess I’m going to have to get used to sitting in a saddle again. I felt every pedal stroke. It seemed like an effort, more so than I remember. I guess my fitness really has dropped off. For some odd reason, my fingers would not recognise the fact I’m using a wahoo elemnt computer, and kept trying to use the button presses for a Garmin. I’ve not used a Garmin for years. Weird how muscle memory works.

And my old friend thigh pain hit again as I was climbing the small hill into Ripley. Well, I say thigh, it’s more hip than anything else. I’ve lowered the saddle from where I had it, so let’s see if that makes any difference. I hope so, because it’s a crippling pain.

You’ll notice the new See.sense Ace lights. I’m still waiting for a half decent Android app for these lights. It’s been a long long time in the process. Truth be told, I’m not overly impressed with them. But I guess that’s another story for a post I’ve been meaning to write for awhile.

On the way home, I was unfortunately reminded some people’s driving leaves a lot to be desired, with people pulling out of side streets, left hooks and close passes. But alas, I’m not surprised.

So, this rattle that I’ve been chasing, while slightly better with a different wheel, is still there under certain conditions.

However, I have an idea it could be the Wahoo mount I’ve been using. So, I’ve swapped it for the Garmin mount while I try and work out what it is. I have cranked down in the Puck bolts, but will first see what happens with the garmin mount.

So, after a ride with just the garmin mounted, no noise. Nothing, not a damn rattle anywhere. I’ll give it a couple more rides to make sure, but it maybe cured.

So what is it about the mount I have for the Wahoo? Well, it could be a couple of things.

The Elemnt is a bigger unit, and heavy. So it could be moving, and hitting the handlebar clamp bolts as it sits very close to them. Which, I suppose could be the reason I went all out for a headset issue. Or it could of been the actual Puck on the mount being loose. I’ve really tightened them down. So if it does it after I refit, I’m likely to go down the route of it hitting the stem bolts.

The solution to that would obviously be a longer mount, like the k-edge. But I’m not really wanting to spend £50 on a mount.

I’ve been using a wahoo elemnt for a while now, and the Garmin 520 has Sat all forlorn on the shelf.

Today however saw it dusted off, and remounted after the elemnt mount broke. It’s a bit of a bad design. You can never have it just tight enough on the bar not to slip. Which meant I tightened it, only to pull the brass press fit screw thread out.

But going back to the garmin, made me realise that there is actually stuff I’d missed that the elemnt hasn’t got. And the opposite too. I missed some of the features of the Elemnt.

So, in no particular order here is what I miss when using the 520

That’s just what comes from the top of my head. I’m sure there’s more.

Things I miss when using the Elemnt

Again, just off the top of my head.

But weighing up the pros and cons of each unit, it’s clear to me that the elemnt is the first computer I reach for when getting ready.

Going around the various forums, one of the common questions I see, is “what fields should I have?” when setting up a GPS computer.

I’d previously done this type of post for my garmin so I’d thought I’d do one for the screens on my elemnt. 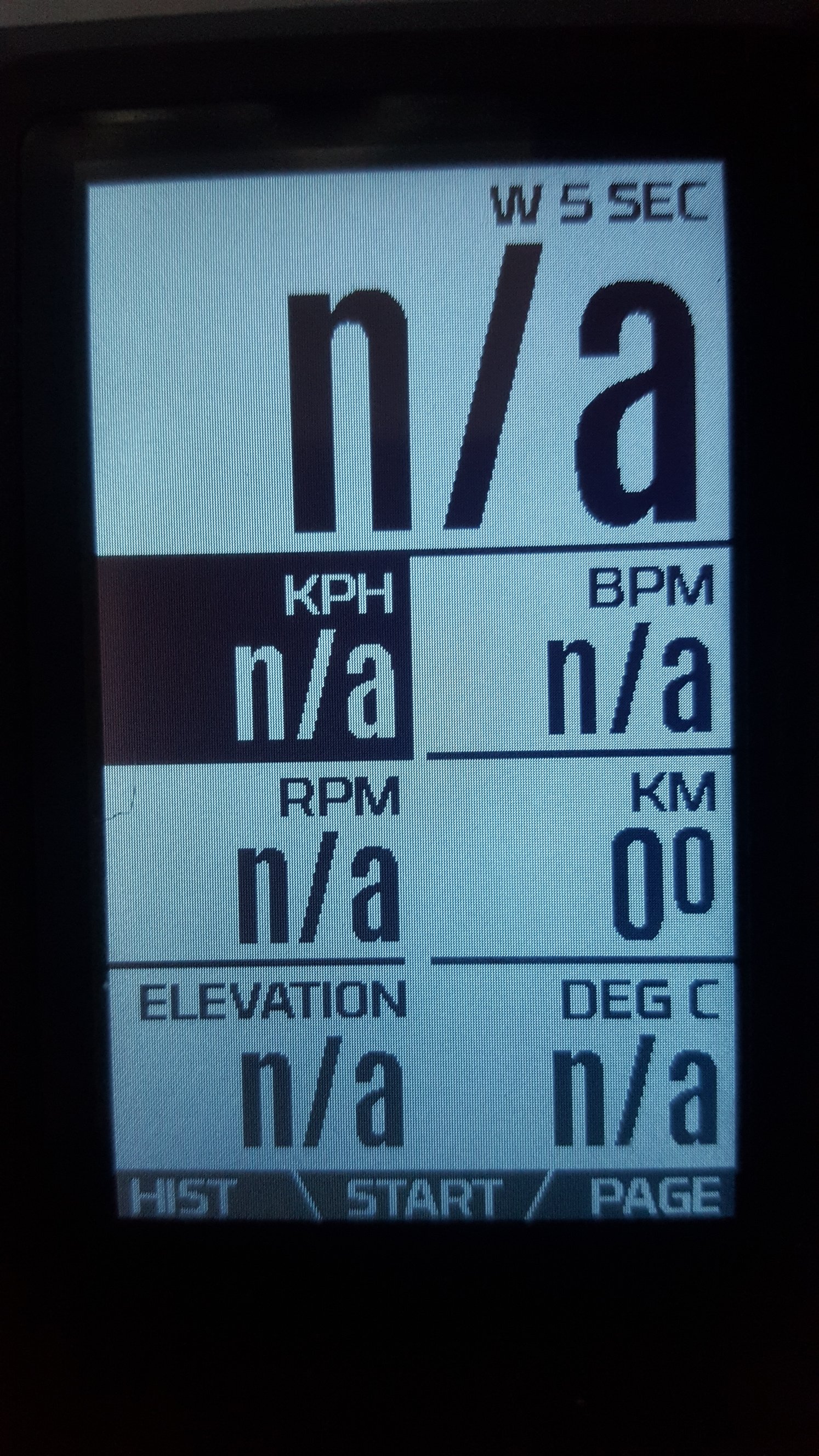 The first page is pretty much on screen most of the time. It contains all the critical information.

I don’t need much else on that screen. Using the zoom function on the elemnt, the 4 top items are the ones that are most important and on screen in a zoom state. 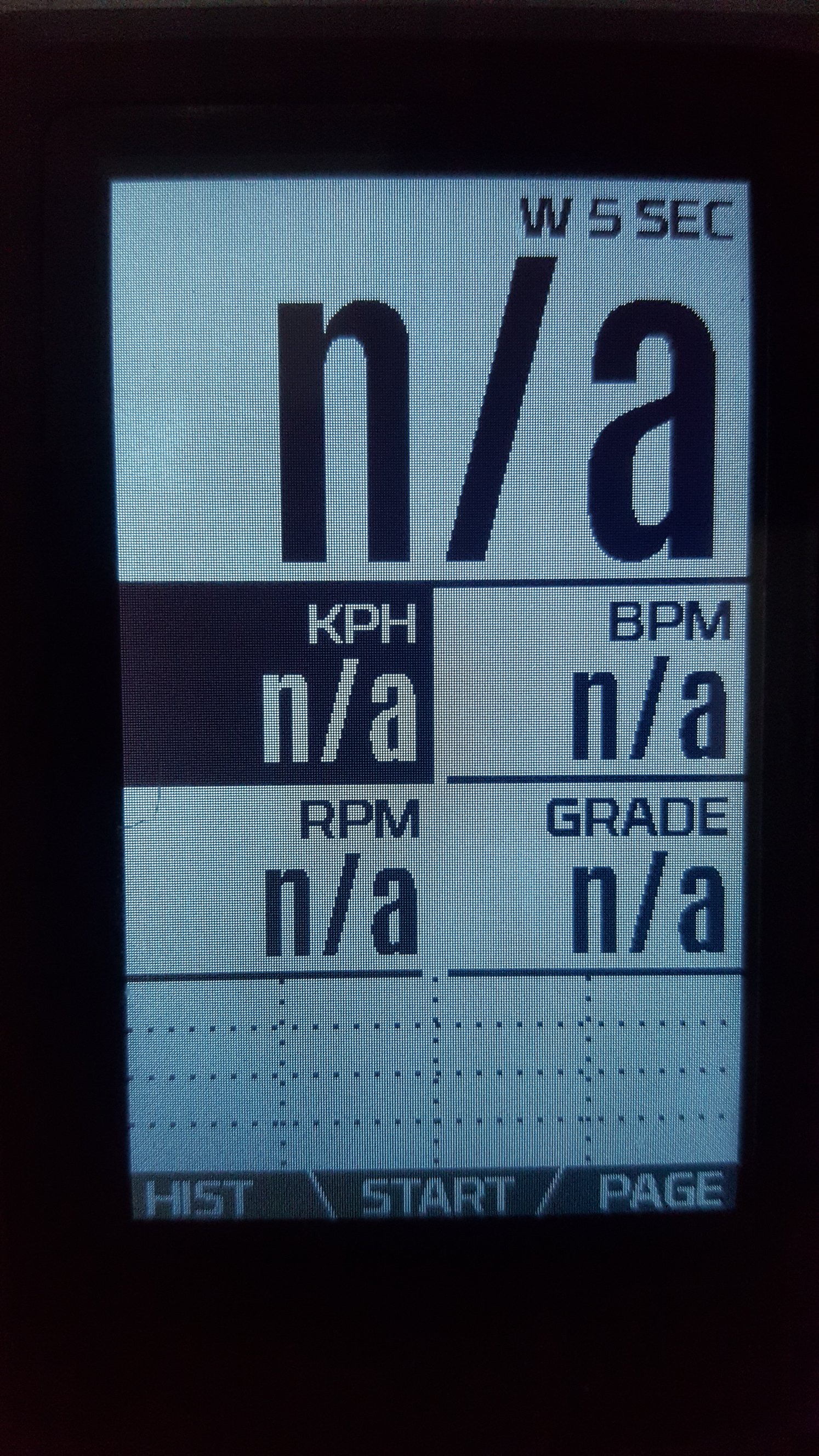 The climbing screen is pretty much the default. I think I just added RPM and BPM datafields.

There is the default Elevation display at the bottom of the screen. 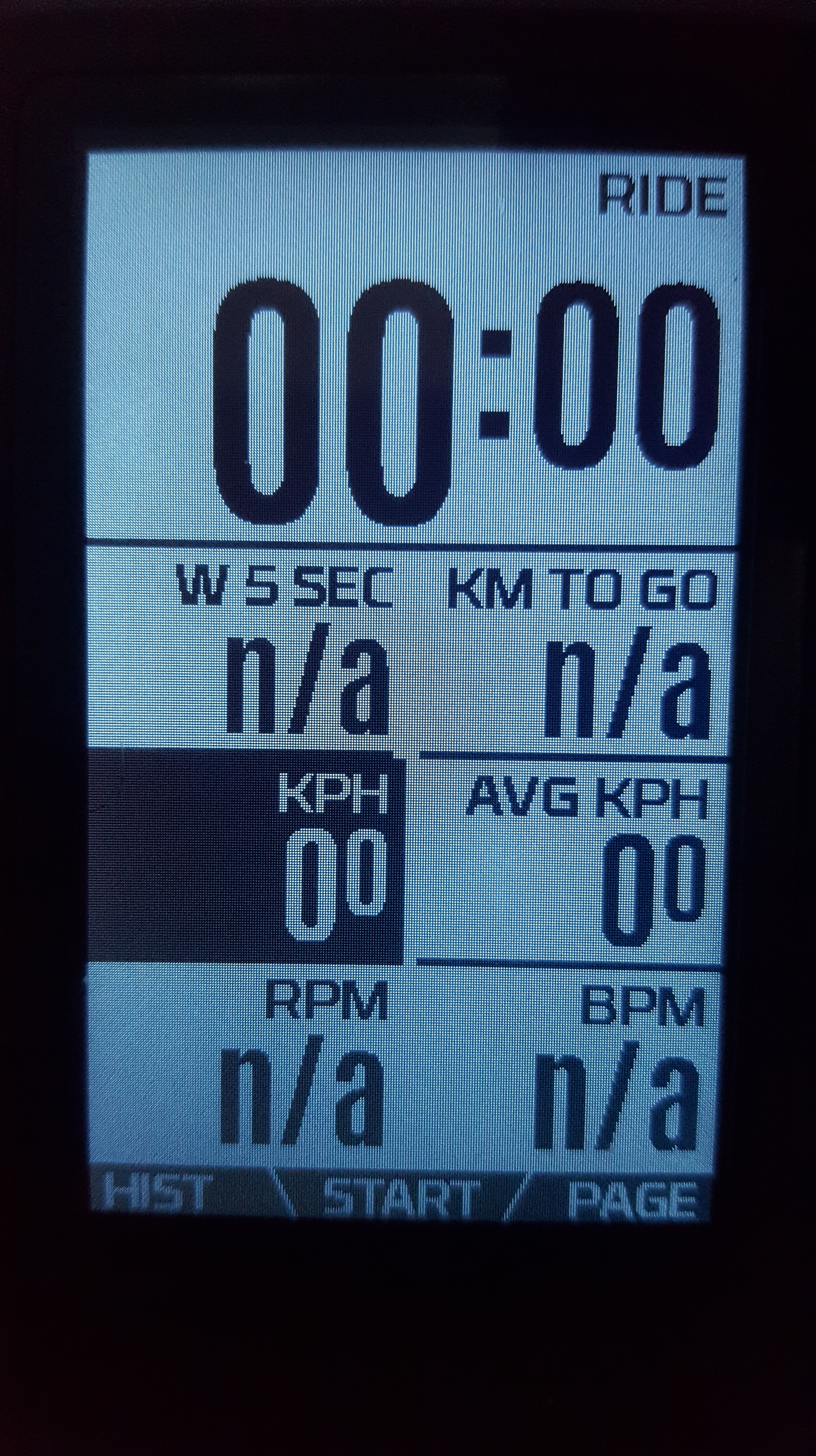 Similar to the Main screen, this screen shows all the important metrics, along with a KM to go display for the currently loaded course and a ride time display too. As the Elemnt lacks the timed course feature on the Garmin, we have to remember the time we are out to beat and do it manually.

So, I’ve changed over from a Garmin 520 to a Wahoo Elemnt. And despite the missing vowel, it’s a worthy Garmin competitor. 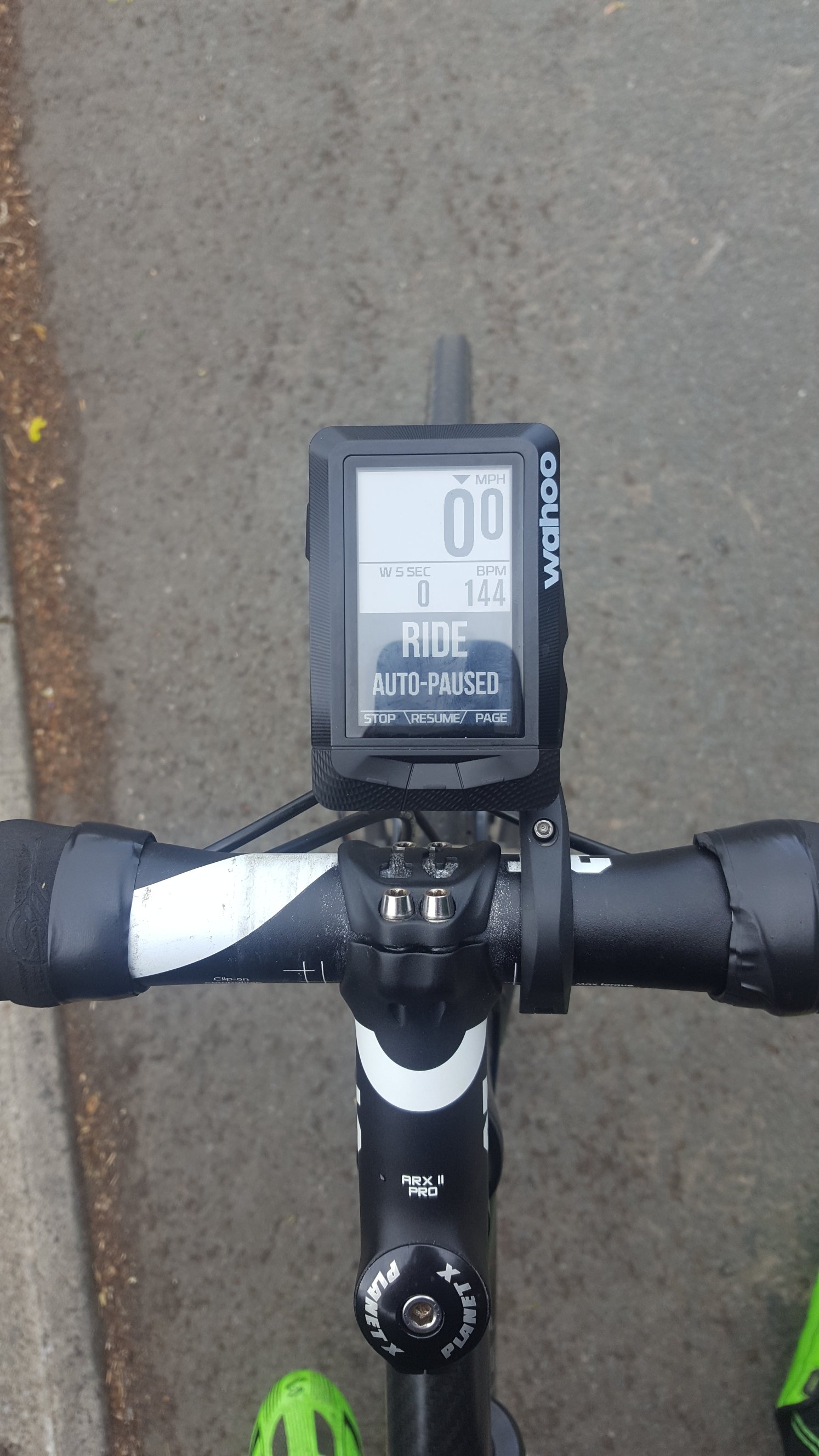 Initially, I thought the LED’s where a little gimmick, but they are actually bloody useful. I’ve currently got mine set to display heart rate zone but have also used them for average speed, and found them useful for a quick reference point.

Screen wise, it’s a lot more readable in all conditions than the garmin, with better field presentation. Speaking of fields, setting up screens on the elemnt is stupidly easy. You just select the fields in the app, and drag and drop to were you want them on screen. Nothing could be easier. Non of this many button pressing garmin malarkey.

I’d replaced the maps on the garmin with open street maps from garmin.openstreetmap.nl which where miles better than the tosh you got preloaded. You can’t replace maps on the elemnt, however they are more than good enough to use as is.

All in all, a great bike GPS unit, and one that’s earned a place on my bike. Just a shame it dos’nt support my garmin lights. Yet.